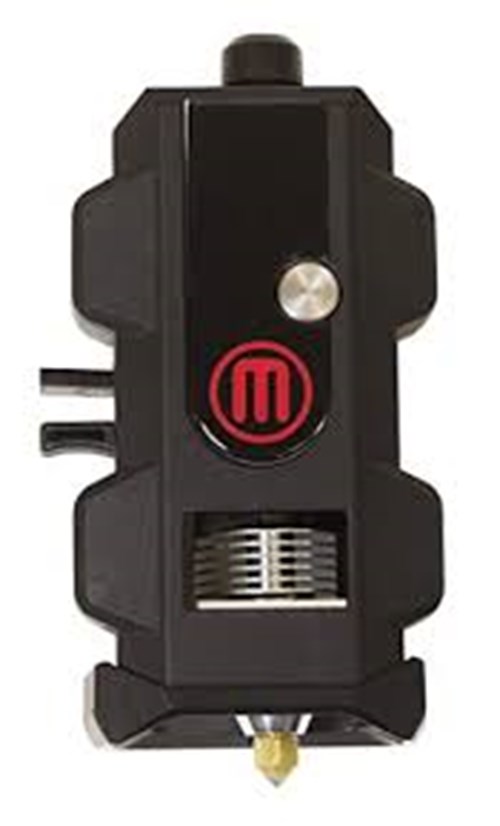 Makerbot has introduced the new and improved Smart Extruder+ for its Fifth GenerationReplicator 3D printers that has been specifically redesigned and meticulously tested alongside MakerBot parent company Stratasys in order to guarantee better performance over a longer period of time, jointly conducted over 160,000 cumulative hours of testing on the  to demonstrate its reliability over 700 hours using 1.44 miles of PLA.

One of the most critical components of a 3D printer, the extruder (or ‘hot end’) is tasked with pulling the plastic filament from the roll, heating it, and layering it onto the print. MakerBot’s original ‘Smart Extruder’ concept, launched alongside the 5th Gen Replicator, was promoted as a way to re-load filament and explore new 3D printing materials and processes without having to purchase a whole new 3D printer.

New Smart Extruder+ from MakerBot for the past year’s indiscretions? According to the test results and initial reviews from customers, it seems to be, at the very least, an extremely promising start.

Taking advantage of Stratasys’ 25 years of industry experience, MakerBot collaborated closely with its parent company to refine the Smart Extruder from every possible angle. The Smart Extruder + is designed to easily ‘swap’ in and out of various Fifth Generation Replicator 3D printer models, including the Desktop Replicator, the Replicator Mini, and the larger Replicator Z18. Key improved features include an enhanced thermal management system; extended PTFE tube to feed the filament into the nozzle; faster print start up; refined build plate leveling and calibration; and finally, enhanced smart sensors that allow it to communicate with users via PC or mobile devices, informing them of print statuses and real-time filament levels. All of this means better connectivity, less clogging and jamming, fewer failed prints and filament waste, and overall better 3D print quality than previously possible with the MakerBot Replicator.

Of course, it’s one thing to boast all of these new improvements, and another to truly put them to the test. Thanks to two independent teams, one from MakerBot and one from Stratasys, to help ensure un-biased verification, the Smart Extruder+ was put through over 160,000 cumulative hours (or 18 years) of 3D print time, resulting in a total of 5,800 3D prints. Throughout these tests, the Smart Extruder+ proved to perform ‘consistently and reliably’ for over 700 hours on a Replicator desktop model, using 1.44 miles of PLA filament. What’s more, over 90 percent of test units were still successfully 3D printing after 1,200 hours of 3D print time.

While MakerBot does point out that the rate of wear on extruders can vary greatly based on a variety of factors, 700-1,200+ hours is quite impressive, and to back up its quality-control claims, MakerBot is doubling the Smart Extruder+ warranty to six months, with no limit on the amount of MakerBot PLA used. The extended warranty seems to be a pretty bold move, but one that also proves just how confident MakerBot is in this new product.

“The advances we made with the MakerBot Smart Extruder+ are a big step forward and set a new benchmark in 3D printing,” said Jonathan Jaglom, CEO of MakerBot. “Theextruder is the most critical part of a 3D printer and it is a part that wears out after a certain period of time and needs to be replaced. We engineered and tested the Smart Extruder+ to enhance its reliability, provide better performance and extend its lifetime. And we stand behind it by doubling our warranty to six months. Because it is swappable, the Smart Extruder+ can also reduce downtime when it’s time to replace it.”

Early customer reviews of the Smart Extruder+ have been quite positive. David Gewitz over at ZDNet reviewed the Smart Extruder+ and commented that after a “ridiculously easy” installation process, he was able to successfully 3D print several parts. “It’s a clear improvement over the previous plastic-layering component,” he said.

In line with MakerBot’s commitment to promoting 3D printing education, the Smart Extruder+ is also being used in classrooms. “The reliability and ease of use is huge for us; it provides more students access to our MakerBot Desktop 3D printer,” said Nicholas Provenzano, a teacher at Grosse Point Public Schools in Michigan, who has been using theMakerBot Smart Extruder+ for several weeks. “Our students print all day in our library and I can’t always be there to assist them. The MakerBot 3D Ecosystem, and especially theSmart Extruder+, makes it easy for our students to turn their ideas into physical objects. It lets them focus on the design process, which is most beneficial for their education.”

The Smart Extruder+ is available for pre-order as of today from Planet 3D World, with an price of £138.00 and shipping expected to begin March 1st, 2016. Current MakerBot Fifth Generation 3D printer customers, or new customers who purchase a Fifth Gen 3D printer, will qualify for discount. After a year of mismanagement, poor decisions, and financial losses, both MakerBot and Stratasys are in need of a saving grace.

The swappable MakerBot Replicator 5th-Gen/Mini Smart Extruder minimizes downtime by enabling you to replace a worn extruder in minutes. The modular design lets you plan for the natural wear common to 3D printing extruders. Keep a spare Smart Extruder on hand. A quick swap will save time and keep the...
VENDOR CODE
MP06325
PRICE
£135.00
Discontinued

Makerbot has introduced the new and improved Smart Extruder+ for its Fifth GenerationReplicator 3D printers that has been specifically redesigned and meticulously tested alongside MakerBot parent company Stratasys in order to guarantee better performance over a longer period of time, jointly cond...
VENDOR CODE
MP07376
PRICE
£162.73
6 in stock
Add to Basket 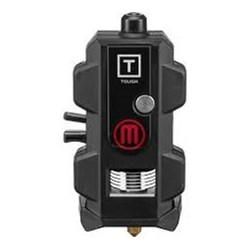 The swappable MakerBot Replicator 5th-Gen/Mini Smart Extruder minimizes downtime by enabling you to replace a worn extruder in minutes. The modular design lets you plan for the natural wear common to 3D printing extruders. Keep a spare Smart Extruder on hand. A quick swap will save time and keep the...
VENDOR CODE
MP06376
PRICE
£135.00
Discontinued 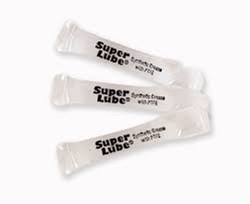 Keep your MakerBot Replicator 3D printer lubricated and performing at its best. This PTFE grease packets are used to lubricate the thredded rolls within the print chamber.
VENDOR CODE
MP06628
PRICE
£15.98
3 in stock
Add to Basket